311 New Album On The Way After The Caribbean Cruises

The boys from the mid-west will be coming out with a new album soon. 311’s last album “Stereolythic” was good and the new album is going to be even better. Currently the band is on a Caribbean Cruise doing their usual springtime thing before getting on with a serious 40 – stop concert tour. 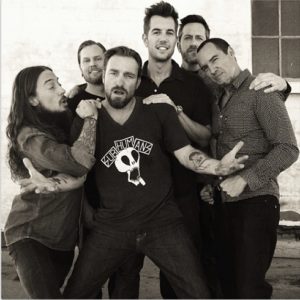 311’s last album “Stereolythic” sold well and was received well – that’s good because this band deserves to be at the top. There mellow but bold groove makes them a party favorite wherever the mp3’s are stored. “Five of Everything” was one of those classic 311 songs that really hit the mark, but can be interpreted in many ways.

The Business Direction is now Solid

Since the band went out on their own and began to sell their music independently they have become even more solid and more groove. Maybe since they don’t to think about record labels ripping them off they can be more comfortable. Also now that all of the business arrangements are solidified, and those can be nerve wracking with all the details and worry, they will make an even better album than usual.

A Good Example For Other Bands

Many bands, for instance like mine – Stavros – look to these very successful bands for guidance as they break away from the corporate structure that seems always to have a corrosive effect on bands, band members, and the music they make in general. What were the words Getty Lee wrote, “One likes to believe in the freedom of music, But glittering prizes and endless compromises shatter the illusion of integrity.” That to a certain extent is probably what happened to 311. But instead of imploding they simply got rid of the bad vibe of the suits, went out on their own, and soon we will all see how amazing they are going to get. It does appear that this “go-it-alone” business model is working for quite a few bands, but notably most of the bands that are being financially successful at it are those that had some kind of success first. It will remain to see if a small upstart band can actually have their own label, advertise for free (due to extreme poverty) and someohow pay some bills with money earned from music sales or live shows.

The Caribbean Cruise is going great, 311 is excited about new prospects, Amber Ale is selling and tasting very good, and everything is turning up good for 311, the new album, and the upcoming concert tour.