So the band Stavros is starting a new series on songwriting that will be on YouTube. Well not just on song writing, but on the whole process of writing, production, and recording. It will be 40 Days, will include just one song, and it will include production and recording. This is a do or die situation as you can see from the videos – it literally is do or die – write a great song that will sell and earn me, one you or have my financial life come to an end. 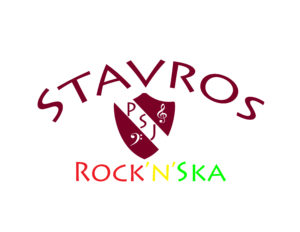 Why Would Stavros Do a Recording Stunt Like This

Well the truth is that the band has no money, but it does have some great songs, so it is a natural to try and come up with some idea to promote our new album, which is so secret that I can’t even mention the title track in this article. So what do you do? You have to do some funny things, some personal things, or in this case we are doing a tutorial while letting our fan(s) join in the creation process from the very beginning.

Stavros will be using their Abelton computer music recording program, which is mainly used for performance by most musical groups employing it, however Stavros really prefers this particular program for recording over other programs. They also use a low-budget interface made by Focusrite, specifically a 2i2. For input signal compression they use a dbx 160A. Additionally on bass and vocals the band uses an Aphex Project Channel, which has two very important features; One, the aurial exciter, which enhances the vocals as they are being recorded, and second, the “big bottom” feature makes the bass huge and full without getting too “mushy” and undefined.

Is It Really a Do Or Die Situation?

Yes it really is, if we can’t sell this music, if we can’t write a song that will muscle its way at least to the middle, then of course it is over as far as trying to market our sound.   Yes we understand the Rock’n’Ska style is a hard outside of the box style, but we like it and I do think other people will like it, The Police, 311, UB40, and others did…So it is one song written and recorded – do or die – for all the marbles.