John Lennon and the Greatest Political Song Ever Written

But Lennon has some pretty tough competition; that would be from the Chairman of the Board himself – Frank Sinatra. Yes the coolest of the cool, the head of the Rat Pack sang a great single in support of John Kennedy’s successful 1960 campaign for President. The song was a rewording of the Sinatra’s earlier hit “High Hopes” written by Jimmy Van Heusen with the lyrics by Sammy Cohn. 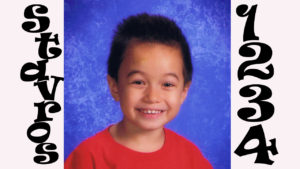 That was a great presidential campaign coming off some very good Eisenhower years and no matter who won the election the Americans new that the good times would keep on rolling. Of course looking back we can see that the good times actually stopped for a period giving way to the strife of 1960’s showing just how fast a cold bucket of political trouble in the form of The bay of Pigs, Vietnam, and assassination can change things. But for better or worse we can look back on the campaign itself with great and well deserved nostalgia, of which that song is a big part of.

Other campaigns have had some songs associated with them such as, “Happy Days are Hear Again” supporting Franklin Roosevelt’s successful 1932 campaign and of course the venerable “The Hunters of Kentucky” as the theme song for Andrew Jackson’s successful presidential bids in 1828 and ’32. But Sinatra’s Kennedy song actually names Kennedy so it seems so much better and authentic. There are a few songs in the current presidential campaign that also names candidates in their songs.

Which brings us to Lennon’s song, which he was writing for Timothy Leary’s Gubernatorial run in California. “Come Together” was the song, but as Lennon later admitted the song did not really come together very well as a political campaign song after Leary was arrested his campaign lost quite a bit of steam.

So the song “Come Together” sat and collected dust until The Beatles started to record their last album Abbey Road. After the strife that the band had recently been in the title seems to be especially appropriate. And even though the catch phrase was meant for somebody else in a completely different situation and the final lyrics were basically gibberish according to Lennon, as a campaign theme, a band theme, a people theme, or even a world theme, it really is the greatest Political Campaign Song ever; “Come Together – Over me.”